This is purely a work of fiction, a result of the writer’s imagination. Any similarity to any individual or individuals is not intended.

“Which new disease?” he asked as he titrated a certain combination of water and waste products, part of the next output of urine.

They were both seated in Kidman’s laboratory in the right kidney.

“The Ebola”, Pulmar said simply, watching Kidman, the cell who controlled the flow of urine as he expertly lifted up a test-tube. He was trying to gauge the amount of water present in the body and how much was actually needed to pass from his department that evening. Depending on how much water Caeca, the commander of the digestive system approved to be swallowed again, Kidman knew he had to be very careful with his quota of body fluid output. There hadn’t been a lot of water intake earlier in the day and he wasn’t too keen on being generous with his donation to the outside world, considering it would just be waste anyway. When more water came in, he would send enough out of the body but for now, he had to keep some in reserve.

Dropping the test-tube on a rack, he peered through his laboratory goggles at the often shy but very sharp pink cell that faced him, trying so hard to hide her despair but finding some form of solace in telling him her deepest secrets.

Kidman was flattered. Perhaps it was because there were so many other macho and rather good looking cells that Pulmar could speak with at the drop of a hat, and they would all rush to her aid in no time. For example, Axon, the commander of the nerves and the fastest of the lot would be at her pink side in no time; and there was the extremely masculine Musc , commander of the muscles who  would lift more than a muscle to save dear Pulmar from trouble.  Not to be left out was the ever wise head of the skeleton – Sketer – whom the other cells respected a lot because his structure was always the last to remain whenever the body was dead , long buried and forgotten. Some cells believed that Sketer held the secret to living forever but Sketer wouldn’t let anyone in on the secret, not even Musc, his best friend. And then, there was Bain, the handsome commander of the human brain, leader of the entire army of cells and every female cell’s dream of a great hero. Even the no-nonsense Hart, some commanders had joked, couldn’t help but fall under Bain’s charm; that was why the heart couldn’t possibly stop pumping they had sniggered behind the blood pumping commander’s back.

But Pulmar wanted none of those. She wanted something more and that made Kidman feel she was different. She was such a lady; dainty and very soft spoken, you would think she needed a knight in shining armour to rescue her at any moment. Yet it often amazed Kidman that she would go past several departments and their respective commanders just to come over to his department and sit in his rather drab lab.

“Why does the Ebola scare you, Pulmar?” he asked like a father speaking to a child. This was not someone to be taken advantage of; she was to be respected.

Pulmar liked the tone. It made her feel he genuinely wanted to listen and she was glad he actually wanted to. The other male commanders would have simply offered to fight for her in no time, Musc and Axon especially. But that wasn’t what she wanted. She needed someone to listen, to hear her out and reassure her that her fears were unfounded. Perhaps, lead her through steps she already knew but needed another perspective on. Hart, her closest neighbour was too arrogant for that, Caeca, head of the digestive, was too tom-boyish, always trying to feel as though she could accomplish things the male cells were doing… and Opta, controller of the eyes, was much too vain and very in love with the outside world to be too bothered with Pulmar’s concerns, except in the event that she saw a sick patient suffering from the virus or read something rather intriguing.

But Kidman, he would listen. He would respond with kind and wise words too. That was why she came all the way to see him. She rarely used the telephone connections. There was a lot more that could be achieved with face-to-face talk. She could pour out her heart to him and just like some priest at a confession, he would make her feel at peace afterwards.

Returning to his question, she said rather thoughtfully, “The Ebola virus is beginning to invade territories near us. So I gathered from what ears heard on the radio. It’s a virus that kills so fast, it’s kind of scary.”

Kidman sighed. The numerous disputes the body cells had with other micro-organisms were just so distressing, one would wonder why those organisms couldn’t just leave the body alone and find somewhere else to fend for themselves. But then, yet again, perhaps that was what the plants and animals Caeca digested often felt as well.

“Tell me about this Ebola,” Kidman finally said.

“It’s a viral disease,” started Pulmar, “that has no cure and no vaccine. It kills very fast, Kidman and that’s one of my greatest concerns.”

“But how is it transmitted? Through your route?”

“Well, not really. It’s a disease that spreads through contact with the blood, body fluids, organs or tissues of infected animals. It can come through direct contact with blood, organ or body secretions of an infected individual.”

“So, Hart should be very worried.”

“Well, yes, she should be. But it affects almost everyone in this body.”

“Kidman, other symptoms could include bleeding from the eyes, ears and nose, mouth and rectum, eye swelling, swelling of the genitals and rashes all over the body which often contain blood. And these could lead on to coma and death.”

“I see. But these can be symptoms of many other diseases like malaria, cholera and even meningitis.”

“My point exactly. That’s why the body should be prepared.”

“And the time interval from infection with the virus to onset of symptoms is two to twenty-one days. I don’t like the sound of that, Kidman.”

“Hmmm… neither do I. And there’s no cure. That doesn’t sound too good.”

“What’s more, prevention is first by quarantine, you know, the separation of an infected person from the public to prevent the spread of infected body fluid and blood.”

“But there’s got to be a way to stop it,” Kidman mused.

“Well, sources say that animal products like meat would need to be thoroughly cooked before eating and it’s quite important that the hands are constantly washed after each activity. Caeca needs to know that the body should avoid eating unwashed fruits… and the infection can be spread through bats, especially fruits eaten by bats.”

“So generally, the body should be highly conscious of its hygiene.”

‘Yes,” she responded, “personal hygiene would need to be taken seriously; washing of hands is extremely important.

Kidman stared ahead before speaking, thoughtfully, “I think Hart should be more concerned about this and so should Bain.”

Heaving yet another sigh, Kidman turned to the beautiful pink cell, her lovely face laden with concern, “So perhaps you should go and educate them. Bain can call a meeting of heads of department and then we can all focus on ways of preventing it, you know, commanders as well as other cells, instead of worrying your pretty little head over it.”

“You have a point there, Kidman. That way, we can all be aware of the disease and conscious of its method of transmission. It would save me all these fears and save the body a lot more in terms of the price of ignorance.”

Pulmar beamed. “Well, thank you, Kidman,” she said, her pink colour getting brighter as excitement flushed through her. She always felt better every time she had a discussion with Kidman.

And this time, as she prepared to leave his titrating laboratory, she gave him a very special hug. Kidman’s usually brown colour quickly went pale as embarrassment swept over him, his thoughts running swiftly to the kidney’s CCTV and wondering which guard cell would have its quizzical eyebrow arched high up on its curious head.

Yemi Sanusi is a medical doctor with a Master’s degree in Business Administration from Lagos Business School. She loves writing and hopes to make positive changes through her works. She is the author of ‘Heads and Tales’, a medical fiction. 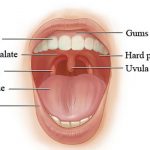 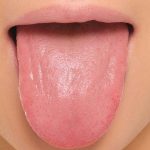 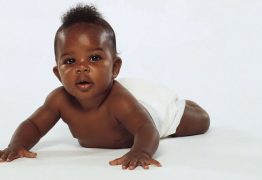 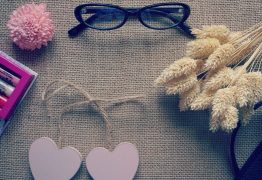 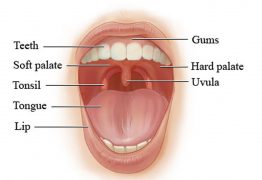